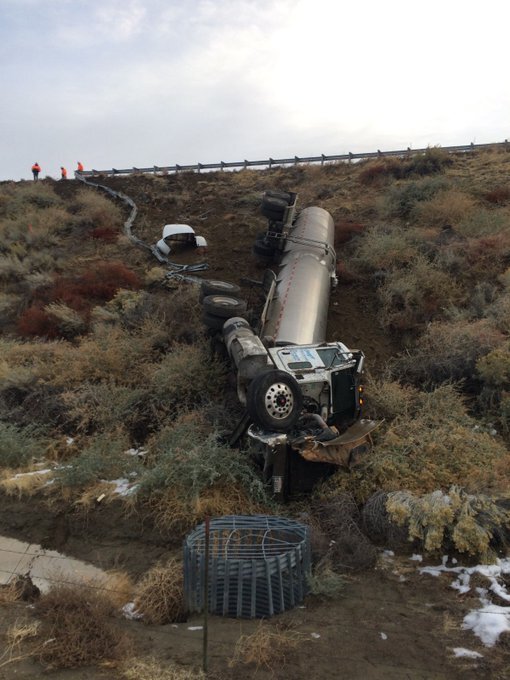 The truck, carrying the equivalent of 96,000 cups of condensed milk, ran off the road at 4:49 a.m. on the southbound Interstate 5 in Lebec at Smokey Bear Road. The crash prompted the closure of two right lanes as crews worked to pump out the milk and fix a damaged guardrail. The California Highway Patrol issued a SigAlert shortly after 6 a.m., saying it would last until at least 12:45 p.m.

According to the CHP, the truck skidded down a 75-foot embankment, through a guardrail and landed in a ditch. There were no reported injuries, but the damaged truck had part of its hood torn off.

It was unclear what caused the crash. Photos from the scene show remnants of snow, which plagued I-5 drivers on Thanksgiving. The winter storm twice forced closures through the Grapevine, leaving travelers to find alternative routes between Southern and Northern California.